A hundred thousand years of sex 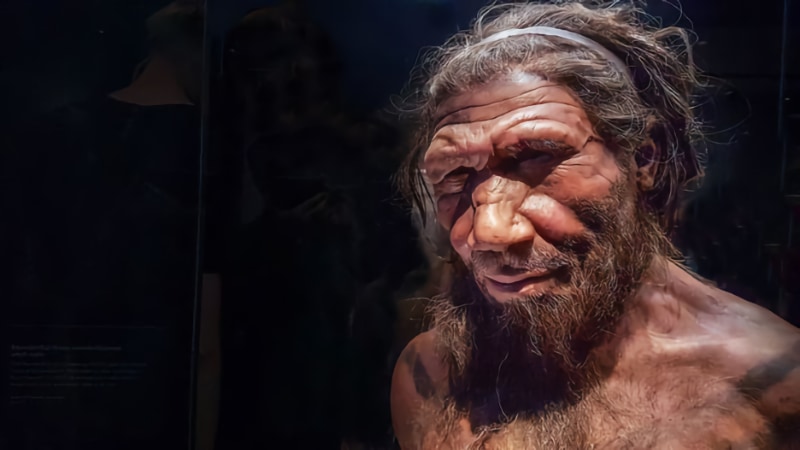 The whole array is now at the Drents Museum in Assen, northern Holland, under the title of 100,000 Years of Sex, where it has been pulling in record crowds. “We have had almost double the normal number of visitors,” says van Vilsteren, the curator. “But what amazed us was the audience. We thought we would get youngsters and people keen on sex, but the average visitor has been female, aged between 55 and 65. We call them the ‘parel kettingan’ – the ‘pearl necklaces’.”

Sure enough, the museum is packed with what we might call ‘blue rinses’ on the day I visit, arriving in excited packs of 12 or 14 at a time and positively rustling with expectation as they unclasp their spectacles ready for a good peep. Standing next to a couple of elderly ladies, all of us looking at a picture of reclining Roman, straddled by (and penetrating) a young girl, is a curious experience. It wasn’t exactly embarrassing, just peculiar to find oneself with a shared interest in such ancient scenes of debauchery. But this is Holland, after all.

“Usually, we get groups of men and women, but this time the men haven’t been coming,” says van Vilsteren. “Maybe they think they won’t see anything new.” In terms of graphic scenes, this is probably true. There is little in 100,000 Years of Sex very far from the mainstream. A sculpture of the Roman god Pan having sex with a goat was pretty lurid, but where were the group scenes, the rampant lesbians, the sexual gymnastics which have surely been recorded over the millennia? Northern Indian temples, for example, are often festooned with sculptures of couples acting out the Karma Sutra.

“We have only dealt with Europe; going worldwide would be too much for us,” says van Vilsteren. “But nothing has been censored, it can be difficult to find things: museums don’t want to lend items for long periods of time, and the Greek museums are all preparing for the Olympics so that was a problem.” He managed to borrow some Greek items from the British Museum.

Overall, the aim is to show how waves of sexual tolerance and inhibition have succeeded one another through the ages. The exhibition stops at 1900, so anyone expecting explicit photography or movies will be disappointed, but van Vilsteren points to the sexual liberation of the 1960s and 70s, not as a high water mark in sexual toleration, but simply as a period where “the yoke of Victorian repression was lifted from our shoulders”. He thinks that society has become slightly less sexually tolerant in recent years, with increasing prosecution rates for people accessing internet porn, for example. “We shouldn’t presume that we are the most liberal of all times,” he says.

Van Vilsteren is a dapper, well-groomed man with a faintly camp air, a trimmed moustache and a brimming enthusiasm for his subject. We tour the show and he guides me chronologically through the exhibits.

His thesis begins with Stone Age man discovering shame (cf Adam and Eve) and beginning to cover himself in clothes, rather than parading naked and having sex all over the shop, like the monkeys we once were. This is the origin of the ‘100,000 years’ title. He’s not claiming any real accuracy for this figure, it’s just a stab in the dark, so to speak.

Moving on, there are plump and large-breasted Venus statues dating from around 25 or 30,000 years BC. No equivalent male figures have been discovered, says van Vilsteren. “I think men didn’t make the connection between sex and birth until 14,000 BC,” he posits wildly. By the 13th century BC, men (or possibly women) were scribbling pictures of hot sex action on their cave walls. The examples here are low on artistic merit, but you can see what they’re driving at.

Van Vilsteren has robbed some graves for this show: one Bulgarian example has a gold penis shaft – like a long thimble – found in place along with a host of other ornaments. “It’s not really useful: if you get erect you really have a problem,” he sniggers. But if you’re dead, this is less of a problem, perhaps.

Another grave, excavated in Denmark, has a female skeleton with a fancy buckled jacket and a kind of string skirt. “This was see-through,” chuckles van Vilsteren. “I call it Bronze Age sexy.”

Once we reach the Greek and Roman periods, sexual adventurism really begins to kick in. “Athens was full of nude statues, there were many bath houses, they were very used to the nude body,” says van Vilsteren. “Greek and Roman society was very different from the later Christian society because the Christian god is non-sexual. Greek and Roman gods did anything they liked – homosexuality, sex with animals, rape… So it was also quite normal in these societies to do the same. Although it may have been that they were used to this and projected their behaviour on their gods.”

Excavations at Pompeii have yielded a great wealth of sexual paraphernalia and archaeological evidence of wanton behaviour. For the Romans, a phallus was a symbol of good luck; householders would display a winged penis outside their doors, or have bells hanging from it. “In Holland we still call testicles ‘bells’,” he reveals.

Romans also prefigured the modern souvenir shop gag of making teapots with penis-shaped spouts. One fine example here was supposedly unearthed by the German Kaiser Wilhelm II (Queen Victoria’s grandson), but rumour has it that his minions would bury objects deliberately for him to ‘discover’. Other Roman bits and pieces include coins, engraved with a range of sexual positions, which are thought to have been used as currency for prostitutes: the coin you give indicates how you want to be serviced.

Pompeii also bequeathed us some of the most vivid written sexual graffiti ever composed. “During the wine harvest festival, Veneria sucked off Maximus. Her holes remained empty, only her mouth was full,” van Vilsteren translated for me, shooting a naughty grin. “You have had eight different professions – you’ve been a builder, a merchant… [etc], but once you’ve done cunt licking you’ve tried everything.” Another simply reads “Promus fellator” (“Master of sucking”).

All this lasciviousness comes to an end with the ascendancy of the Catholic Church in Europe. While there are few artefacts from this period, the church is revealed as being quite extraordinarily obsessed with sex. Between 700 and 1200 AD there grew a tradition of writing ‘penitentiary books’, detailing how society should behave. Around a third of these rules applied to sexual matters, van Vilsteren estimates.

At their most extreme, penitentiary books forbade sex on Wednesdays, Fridays, Saturdays and Sundays, for three days after getting married, in the daytime, when menstruating, when pregnant, when breastfeeding, in the week before Easter, during Advent, on feast days and fast days, in church, naked. You should not try to enjoy sex and only do it if you want a child. It’s a wonder the species didn’t become extinct.

One physical representation of sexuality manifested by Catholicism was the tradition of Sheela-na-gig: a gargoyle-like stone carving found on dozens of Irish (and a few English) churches. These small figures are of naked women with their vaginas wide open, sometimes using their hands to prise their labia apart. “The vagina would often be touched by the congregation,” says van Vilsteren. “We think they were supposed to bring fertility. Or else they were meant to distract the devil and leave the congregation undisturbed.”

And here are the Dudley condoms – some of the only British entries into the sexual hall of fame – looking like desiccated autumn leaves, carefully placed on top of penis-shaped polystyrene plinths. Of the ten retrieved from the castle, five were found wrapped one inside the other, either for storage or (says van Vilsteren) because the user was especially cautious. It can’t have been much fun. Five layers of condoms, all made of fish bladder? And we question why the English have a reputation for being poor lovers.

A Swedish condom made of sheep’s bladder has survived far better. It is extra large, still looks vaguely useable, and comes with a handy instruction leaflet. “Soak the membrane in milk and put it on before having sex with a prostitute,” it advises. Condoms were not, apparently, used for contraception in these times, but as a barrier against syphilis, first identified as a sexually transmitted disease in the 17th century.

A final section of the exhibition has early female nude photographs, all dimpled bottoms and acres of pubic hair, looking a bit nonplussed and chilly. Van Vilsteren points out that while the Victorians had an admiring view of classical civilisations, they found the sexual elements embarrassing. Museums would create secret cabinets to house the dirty stuff. These are now widely accessible, though in the Naples Museum of Archaeology, for example, you have to make a special reservation to have a peek.

While the exhibition is deliberately unsensationalist, it does throw up many curiosities and amusing flourishes. Quite suitable for a broadminded granny, I’d say.

100,000 Years of Sex is showing at the Drents Museum, Assen, until 8 February 2004 and will then go on tour to various European cities.