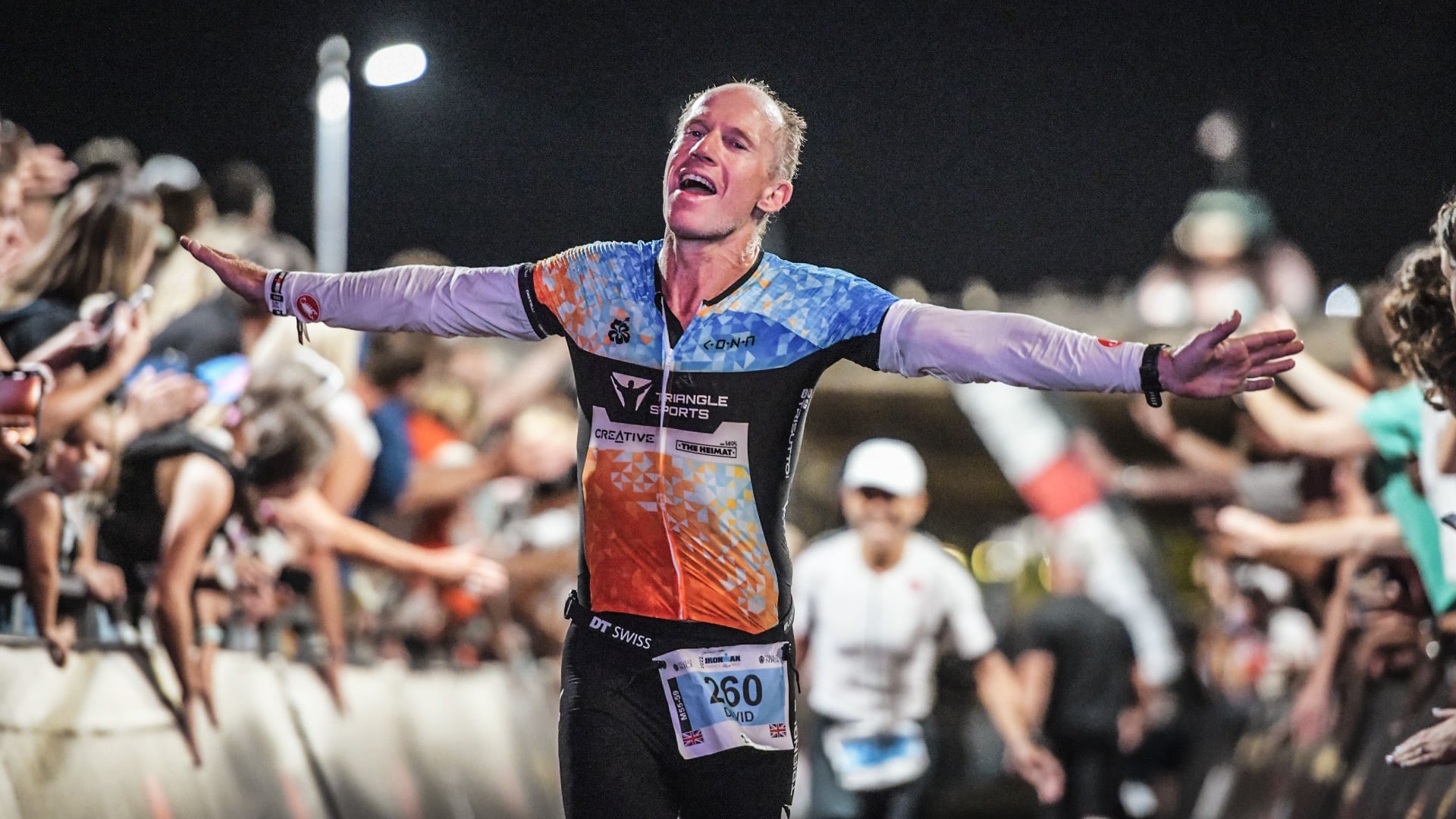 Tenth full distance triathlon in the bag - nine Ironman races plus Challenge Roth. IM Nice was exactly the epic it promised to be. Gorgeous 3.8km swim in the azure Med, stupendous, iconic 180km ride up gorges, over mountain passes and through tiny villages, then a marathon along the Promenade des Anglais. Fearsome course, incessant, heart-felt crowd support (‘Bravo Daveed!’) and the loveliest scenery. It hurt a lot, but as athletes like to say: ‘pain is temporary, pride is forever.’ Thank you Clare Nicholson for being there from dawn to dusk and Rafal Medak - best coach anyone could wish for.

Temperature was fine, sea calm, buoyancy great, shoulder no problem. Only small issue was goggles fogging, which they’ve not done before. Need to try a different pair. Managed to draft quite a lot, helped by the sea being so clear. Finished in 1 hour 24 mins, which was exactly the same time as IM Portugal Cascais. Pleased with that.

Felt great coming out of T1, zipped along the Promenade and inland. Kept up a good pace for the first hour or so – trying not to overbike – and paced myself for the distance. Even so, after a couple of hours the heat started to affect me. Began to feel a bit sick and stopped at aid stations to shower myself with water. Aero helmet wasn’t best choice here, because had to take it off to cool head. Stopped for a few minutes at special needs to eat a flan, hoping to get enough carbs in me for the run. Downhill was quite fun but also tiring, because the twisty route meant you had to concentrate hard all the time. Finished in 7 hours 14 minutes.

Set off at a pace of 5.45-6.00/km and kept it up for 14km, with some extra time for aid stations. During a longer break at 14km, threw up after eating a gel and took a while to recover. Pace was down after that and I struggled to eat anything. Couldn’t stomach salt tablets either. Just had to keep jogging along. Never in danger of stopping, although had a groin strain at about the half-way point, which cleared up after half an hour. Finished the run in about 5 hours 40, total time 14 hours 42.

Despite feeling pretty miserable on the run, I cheered up soon after finishing and by the next day was glowing with satisfaction. Amazing how quickly memories of pain fade. A bit like childbirth (I imagine). 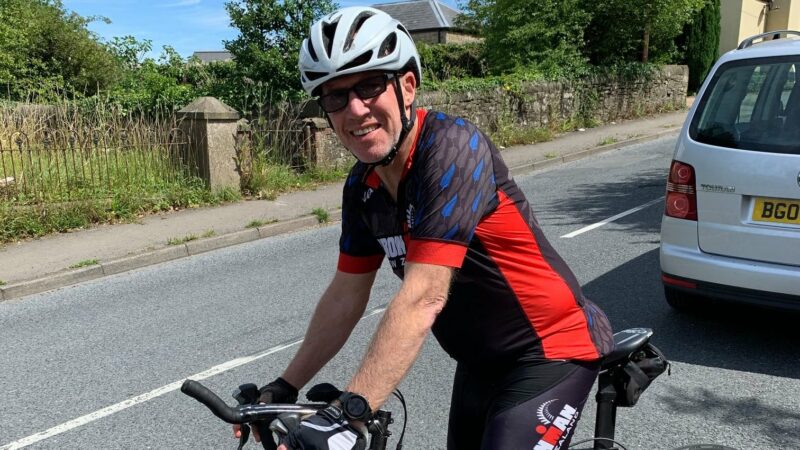 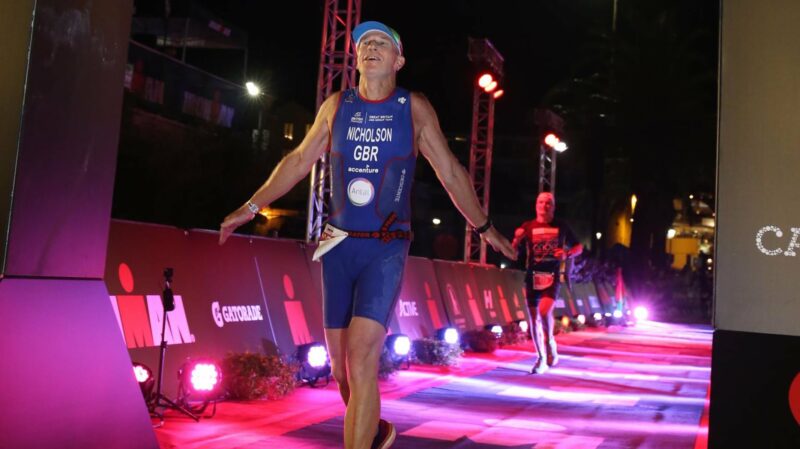 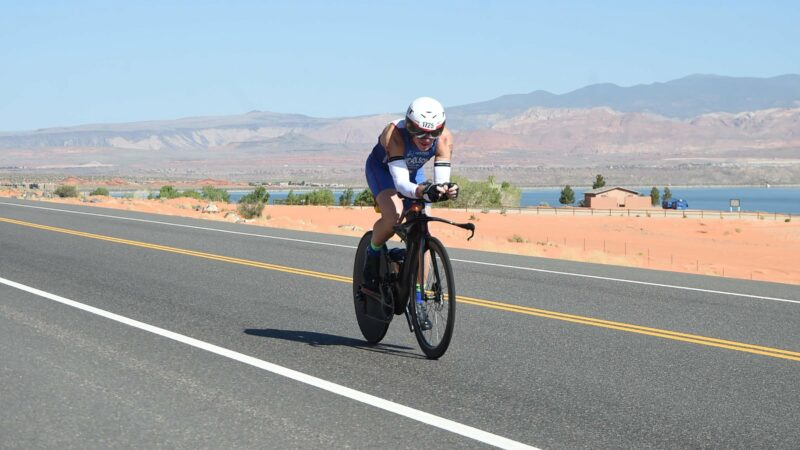 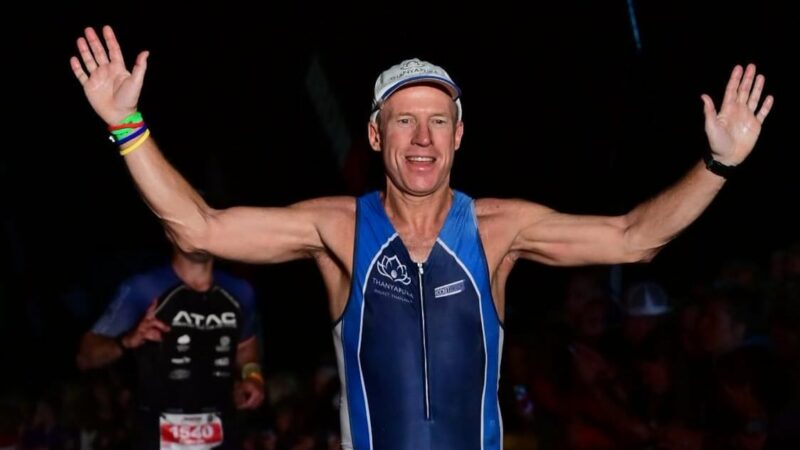 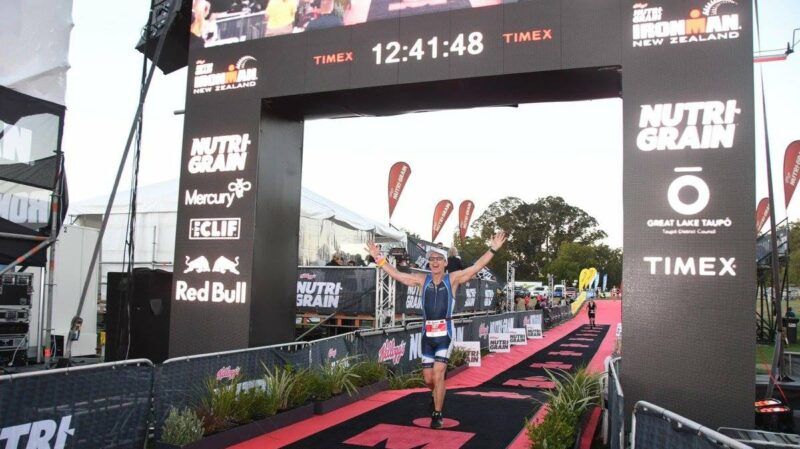