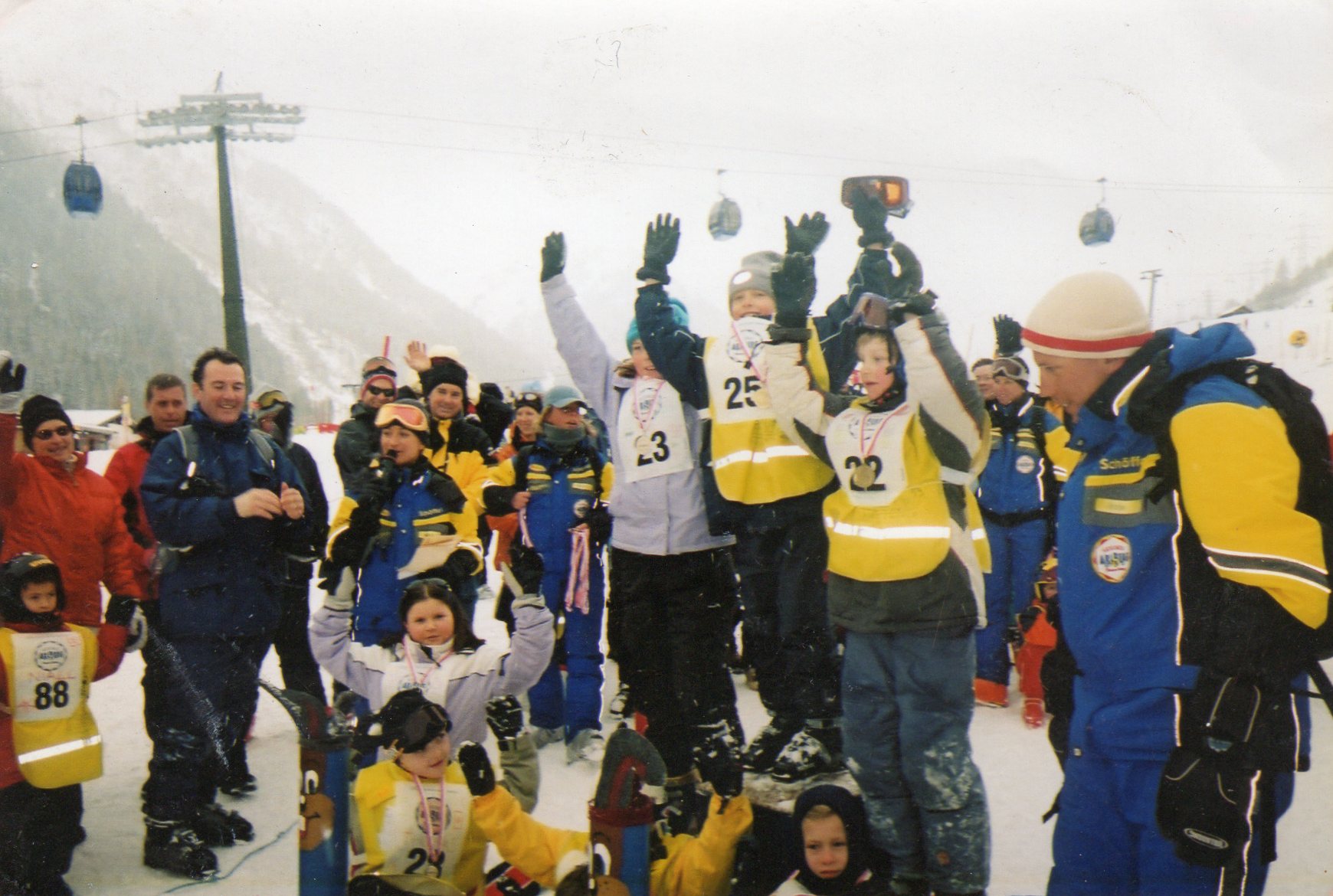 “OK, I drive,” said Franz Klammer, 26-times World Cup downhill ski race winner and Olympic champion. We were a couple of miles short of our hotel near Villach in western Austrian, it was 3.00 am, the snow was falling thick and wet and our driver was making no progress.

Klammer hit the accelerator and began spinning the car up the icy road, veering it in a wide slalom, using the turns to cut into the surface.

As he approached the hotel, he whipped the car around in a perfect 180-degree spin, coming to a halt next to the building. This guy has a feeling for snow and ice, I thought. He really knows snow.

This was the final night of a three day trip, hosted by Klammer to popularise his beloved Austrian alpine resorts, the slopes where he showed the first signs of the world-beating speed and power which culminated in an Olympic gold medal in Innsbruck, 1976.

Still formidably strong and good-looking, Klammer these days concentrates on building ski apartments in the U.S. resorts of Boulder and Vail, playing golf and bringing up a family. But his name remains synonymous with the great tradition of Austrian downhill skiing.

It was an Austrian, Hannes Schneider, who invented the world’s first downhill ski technique: he moved away from the Telemark swing – a technique popularised by Scandinavian skiers – and developed the stemmbogen and stemm-christiana, which give greater control at high speed.

In 1927, Schnieder teamed up with Arnold Lunn, another pioneer of downhill and slalom techniques. They created the Arlberg Kandahar in St Anton in 1928, still recognised as one of the most challenging runs in Alpine skiing. The region bred a World Cup champion in 1969 and 1970 – Karl Schranz, before the arrival of Klammer.

St Anton attracts a reliable band of enthusiasts. The range and challenge of the skiing is enormous, with some of the most testing black runs, vast areas of off-piste skiing and a great variety of less problematic runs to chose from. The snow is almost always good, with the highest lifts topping out at 2,800 meters.

Second in overall prestige and skiing range is Kitzbühel, with its fearsome Hahnenkalm downhill run and a series of smaller resorts accessible on one ski pass. These include Aurach, Jochberg, Ashau and Pass Thurn, allowing skiers to complete grand tours without skiing the same run twice.

In total, there are well over a hundred ski resorts in Austria, many dozens of them in the Salzburg region, which acts as a central hub for skiers to use, taking trips out to different resort. For example, the Gastein Valley includes three different resorts: the fashionable Bad Gastein and the quieter resorts of Bad Hofgastein and Dorfgastein.

Also accessible are Zell am See, Stubai and Kaprun which each have glaciers and are skiable all year round. You can book a ski safari, taking in seven different ski areas.

Austrians add plenty of fun extras to their skiing. With Klammer in Villach, we had a game of curling, using brushes and flat bowls on ice, then were pulled along on a rope behind a couple of horses, accompanied by schnapps, beer and wine, which Austrians seem to enjoy at lunchtime.

Obergurgl is a smaller resort, surrounded by glaciers in the Otzal valley. It's one of the highest alpine villages, at 1930 meters, meaning reliable snow; it has good links with its neighbouring gurgls – Untergurgl and Hoch Gurgl (even higher at 2150 meters) and lifts which take you up to 3,200 meters. Once a week there is floodlit skiing in the quiet, friendly, attractive village.

Meyerhofen is a top-rated resort, with lovely Tyrolean architecture, ultra-quick chairlifts and a fantastic 5.5km long slalom trail running down the mountain. Your lift pass gets you onto the Hintertux glacier. But for many, the apres-ski is the main pull: the cool youth heads for the Movie Bar, Niki’s Schirmbar or Scotland Yard.

When we skied with Franzie (as he is affectionately known) he was often spotted by ardent admirers, some of them wearing ski outfits bearing his name. I loved skiing in his wake, mimicking his graceful action, trying to infect myself with his feeling for snow.

Wherever he goes in Austria, Klammer is a national hero, almost as famous as his friend Arnold Schwartzenneger, with whom he skis in both Austria and the U.S.

I’d love to see them race each other on icy roads at midnight.