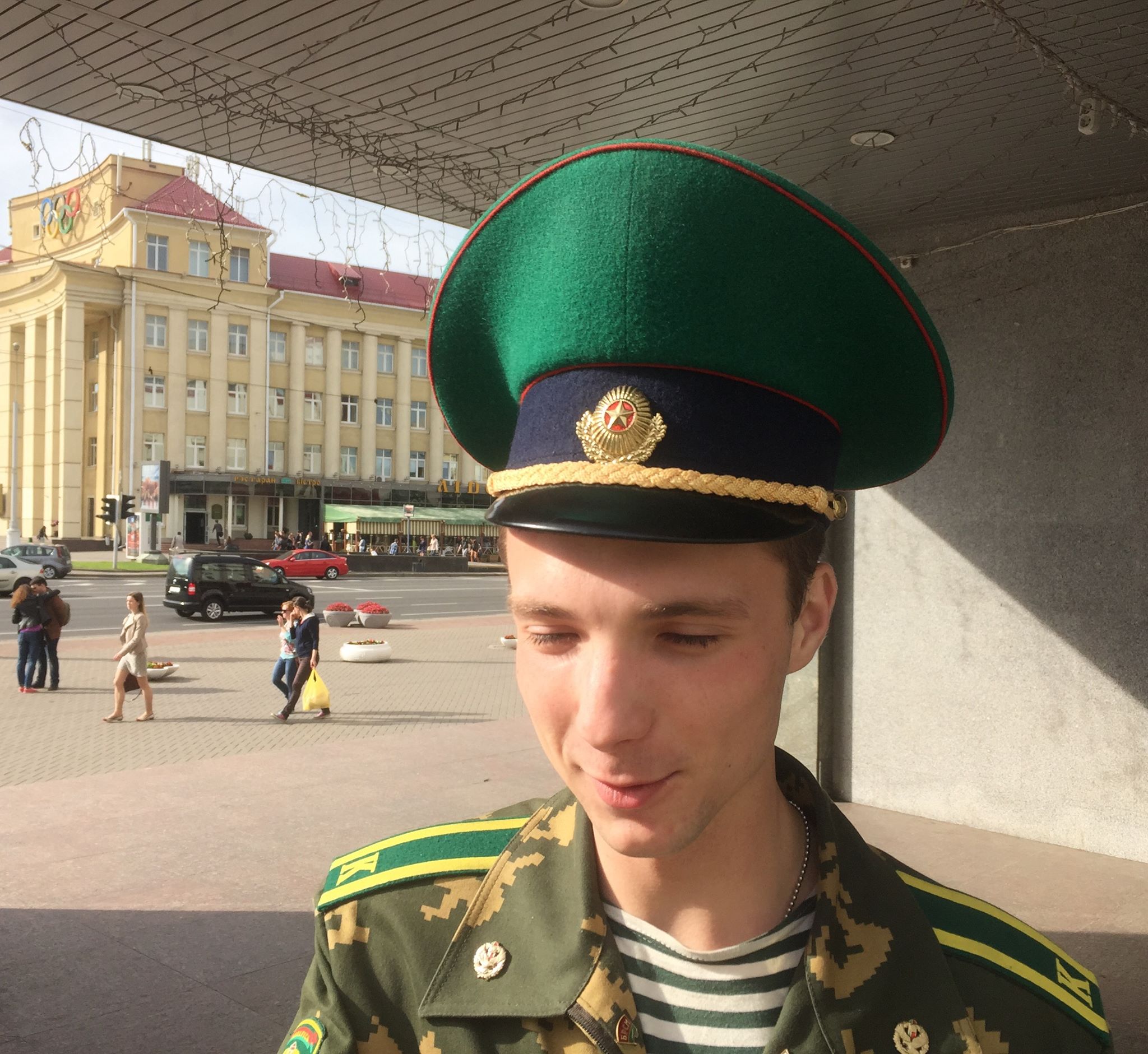 James strapped three bikes to the top of his car and we set off from his home in Warsaw.

After negotiating the Polish-Belarusian border, we parked at his colleague’s house and four of us began riding through the countryside. Me, James, his colleague and my son Samuel. It was Saturday 30 May 2015. We listened to the FA Cup Final on the car radio and Arsenal beat Aston Villa 4-0.

The countryside was pretty: rolling hills and tree-lined streets, quaint villages of pastel-painted cottages with neat gardens. Occasionally there were messy, tumble-down homes, but mostly it was clean, prosperous, orderly. Like the English Home Counties, with less fashionable cars and no cricket.

After about four hours of riding we reached Minsk, its grandiose architecture, sweeping avenues and tenement blocks. Young soldiers in wide-brimmed green caps mingled with shoppers in the main square.

Samuel and I toured the city, riding out to Zaslawskaye Reservoir, where newly wedded couples strolled by the lakeside and families bathed.

We paid 1.2 million Belarusian rubles for supper, then sampled the nightlife: crowds of students tested out their English on us.

Just as I found in the countryside, Minsk seemed modern, clean, efficiently run, more like Germany or Belgium than provincial Russia. James had to deal with the government and said that Russia heavily subsidises Belarus, tolerating the eccentricities of its President Alexander Lukashenko.

The next day we rode back to the car, taking the long way round and exhausting ourselves on sandy, gravelly tracks.