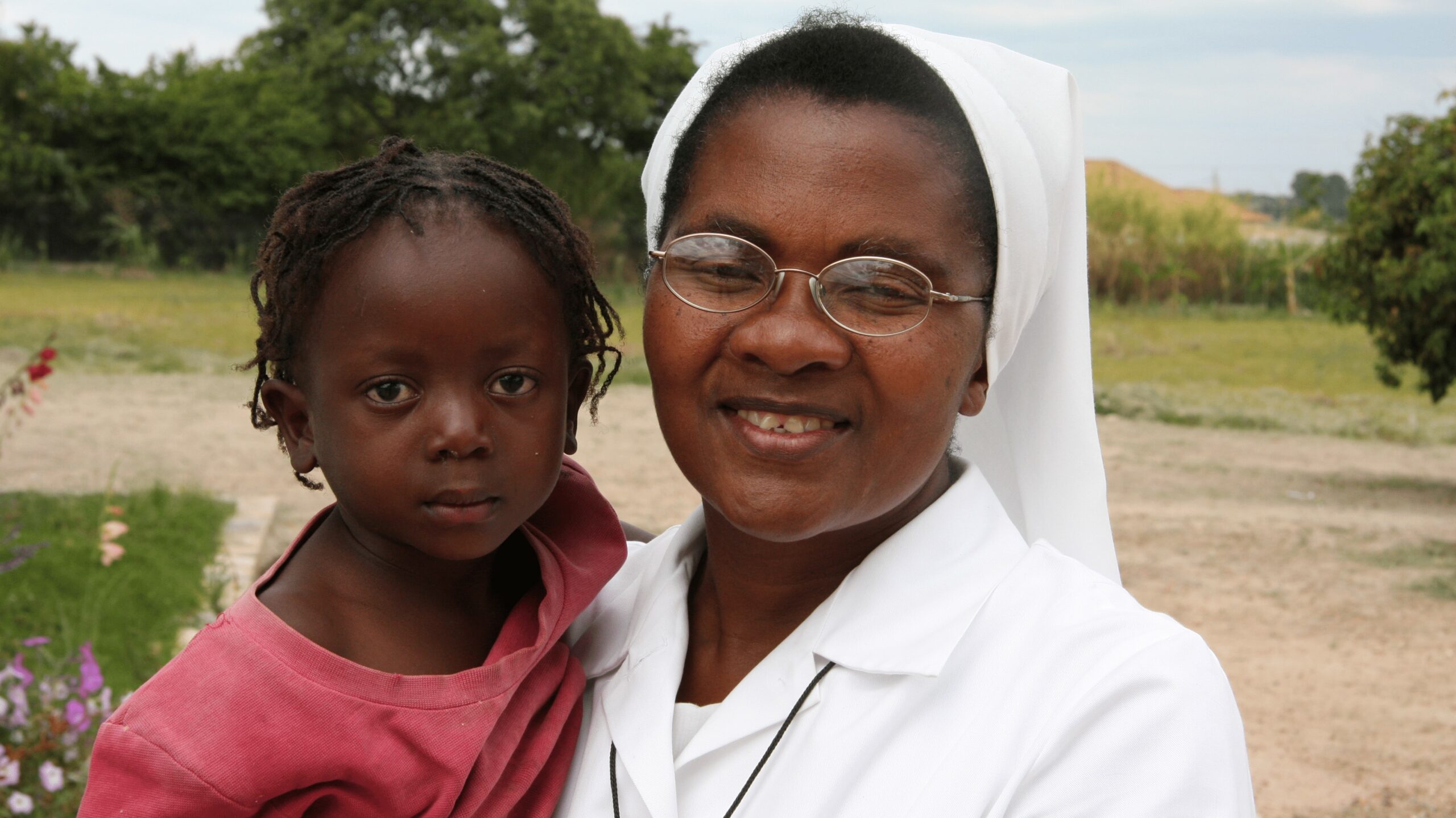 Sister Bernadette considers herself lucky. During Angola's civil war she was on a bus in her native district of Bie, when opposition forces attacked. “There were 50 people on the bus but only two of us survived,” she says.

Today she runs an orphanage in the southern Angolan city of Lubango, offering food, shelter and education to more than 60 orphaned girls, aged from just a few months old up to 18 years. Bernadette has given her home and whatever money she has to help the victims of her country's terrible war since 1998, when she first rented an apartment to care for six girls.

Over the years, she has suffered eviction by a drug-addicted landlord chasing her with an iron bar, an almost derelict building where a toilet fell through the ceiling onto her dinner and a constant struggle to keep her orphanage funded.

Then in 2005, with the help of an order of Capuchin monks and other supporters, she was able to buy a plot of land and build some dormitories, a dining area and schoolrooms. A Brazilian priest who had worked with the oil services company SBM in Rio de Janeiro put her in touch with the Monaco office and it agreed to fund a $1 million building scheme to provide new facilities for up to 120 girls.

“My dream is to have girls finishing school with their necessities covered, healthy and able to leave and face the future,” says Sister Bernadette. “I need to spread the love that I have.”

As we toured the orphanage dormitory, Sister Bernadette pointed to an empty bunk. “She fell down the well,” she explained sadly. Outside, I saw that the well now had a secure grate above it. An experiment in accepting boys into the orphanage resulted in ‘a grandchild’, so she decided to keep the residential group girls only (although boys are admitted to school lessons). Even though the civil war is over, there are still children being orphaned or abandoned by their parents through poverty, disease and violence. The average lifespan of an Angolan is just 46 years, and 25 per cent of children die before they are five years old. Thousands died of cholera in 2007.

This reminds me of my own childhood at the Royal School in Wolverhampton – originally founded as an orphanage after the 1840s cholera epidemic left thousands of children parentless. After my parents were killed by a lightning strike in 1972, when I was nine years old, I ended up sleeping in a dormitory much like those at Sister Bernadette’s school. Nobody fell down a well, but on the other hand, there were few teachers as kind as Sister Bernadette. For some, it was a Dickensian hell of violence and abuse, while I escaped into music, drama and books.

The Lubango orphanage is called 'Our Lady of Sorrows', because Sister Bernadette would find children “in a real state of sorrow and sadness”, but she has been able to offer them hope and to ease their pain, she says. And through all the awful trauma of the civil war, she never gave up hope. “I always thought that better days will come and the war will end.”