Cape Verde - hiking in the mountains 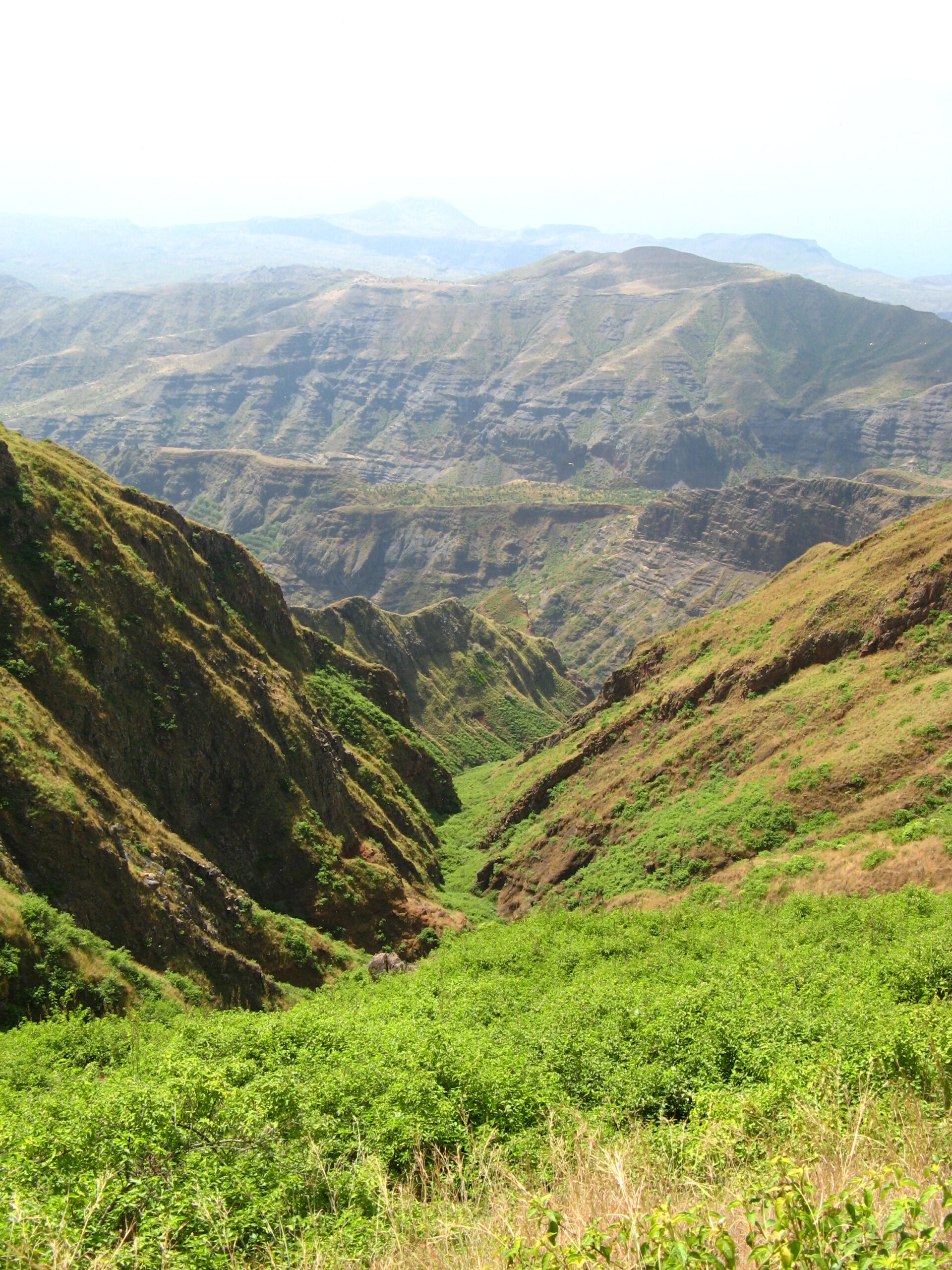 As you reach the top of the ridge, you’re suddenly aware of the thousand-foot drop on the other side.  A couple of mountain goats scuttle along a tiny ledge on a cliff across the valley and you’re bombarded by ladybirds and giant aphids.

Looking down, you can see the coastline, fringed with white from the incessant surf, in a 360-degree view. You’re on an island just 25 miles long by 15 miles wide and yet you’re already at 1,300 meters, looking out over the deep blue Atlantic.

This is the island of Santiago, one of the Cape Verde islands lying off the coast of Senegal in West Africa which became a tourist and property investment hub in the early 2000s thanks to its tropical, year-round great weather, gorgeous scenery and fine sandy beaches.

Of all the new developments, creating fresh water is the one most prized by Cape Verdeans. Over the decades they have suffered years of such severe drought that thousands have emigrated. Today there are large communities of Cape Verdeans in the US, in Portugal – which owned the islands until 1975 – and in the islands of Sao Tome e Principe, further down the African coast. Yet there are few Portuguese remaining here now.

“The Portuguese never really invested in the islands,” says Piran Johnson, an Englishman who has lived here for seven years. “They were just a drain on their resources.” One or two businesses are run by Portuguese companies and many of the islanders’ names are Portuguese, but ethnically, the great majority (at least on Santiago) are West African. The islands were a hub for the slave trade, with thousands of people collected from the mainland and brought here ready for transit to the Caribbean and Europe.

“The people who live here now are descended from these slaves – but they were the strongest and fittest ones – they escaped from the Portuguese and ran up into the mountains,” says Jaime da Silva, my mountain guide, as we head upwards to the highest point on the island, Pico St Antonio. The result is a race of athletic, good-looking people who are cheerful and welcoming to visitors, much like Caribbean islands such as St Lucia. The second guide, Julia, is a friendly Rasta who has not cut his hair for 17 years and speaks the local Creole dialect.

A wet year in the Cape Verde islands means something like four days of rain. But just this amount is enough to swathe the hillsides in verdant bushes and trees, giving the islands their name. On the hillsides all around Pico St Antonio there were towering thyme bushes, giving off a delightful aroma as you brush past them.

On Santiago, the action centres on the main town of Praia, home to the international airport and the main government offices. For an entertaining daytime stroll, check out the central market in the Plato district of Praia, with hundreds of women carrying baskets of apples or slabs of tuna on their heads.

There are small, cosy bars serving rum and scotch, fish restaurants and cafes ranged around large, tree-lined squares. Then a little way up the coast is the more chi chi district housing the four-star Oasis Praiamar hotel, with the smart, buzzing Gambao restaurant nearby.

Seafood makes up the best and most plentiful cuisine on the islands, with tuna (seared, baked or Carpaccio) or lobster a speciality. But you can equally get beef, pork or lamb, washed down with Portuguese vinho verde. Rice with a mixed seafood stew is a staple dish.

There is a scattering of other small hotels close to the centre, or else you can stay at the King Fish Dive Centre, scuba diving among the coral caves, at the north end of the island, at Terrafal.

Santiago’s mix of Latin America and Africa is an intoxicating brew.